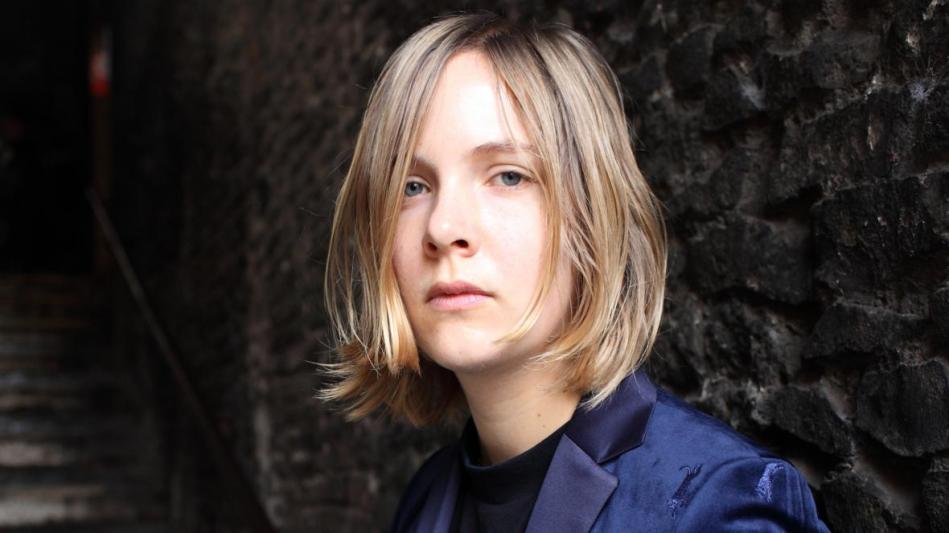 The oldest son dies in an ice-skating accident. The three remaining siblings, a boy and two younger sisters, are left to wander an emotional tundra more or less unsupervised, the parents grieving and adrift, untouchable and untouching.

I have never read a book quite like Marieke Lucas Rijneveld’s The Discomfort of Evening.

We are on a dairy farm in North Brabant, in the Netherlands. The Mulder family are pious members of the Dutch Reformed Church. The story takes place around the turn of this century, and there are touches of a recognizably modern world:  TV, a Discman, The Sims. But we are also in another world altogether, a world in which the mysteries of life and death are both as painfully close as a cow’s cracked udders—all “calluses and cauliflower-like lumps”—and as incomprehensible as God’s wrath. This is a family in which merely to say the word “naked” is prohibited, but in which the grandmother can deliver useful information to her grandchildren about what a healthy turd should look like.

The children are, as best as I can make out, fourteen (Obbe, the remaining boy), twelve (Jas), and 10 (Hanna). Obbe is in the grip of puberty, often angry and cruel: he has hair and, as he informs his sisters, if he pulls his willie he can make white stuff come out. Jas is on the verge, and her classmates (it’s unclear whether she has real friends, and the one that might be a friend is subjected to a horrific experiment by Obbe, with Jas as witness) talk about who is getting tits (her father, a farmer to the core, calls them “molehills”). Hanna, the youngest but in some ways the most mature, is still working with narratives of strong men carrying off damsels in distress. But in an extraordinary scene, she masturbates over her knickers as Jas looks on. “What were you doing just then?” asks Jas. “No idea,” Hanna replies briskly. “It’s just been coming over me recently.”

Jas is clueless, but somehow also always finding clues. She grinds her crotch against her teddy bear but draws no link between that and what Hanna is up to. She is, by her own admission, obsessed with willies, promising her friend Belle a real encounter with one, an expedition that ends with her holding the penis of a local boy as he takes a piss. She is not interested in boys, really; her fascination with willies is about mechanism, about “mating,” about life itself, which she observes, correctly, is leaching away from her family. She wants to know what goes in, and where; what comes out, or doesn’t.

My account may make the book seem simply peculiar, or repugnant—and it is, at times, both.  But it is also quite beautiful. Jas has a florid metaphorical imagination, even if, as Parul Seghal notes, the metaphors are largely “bovine.” But the book’s hypnotic effect finally also has to do with the way Jas’s limited array of things to think with—and she’s a big collector, stuffing the pockets of the red coat she never take off with toads, whiskers, all manner of things that must not be lost—somehow opens windows to other dimensions:

I mash the florets of broccoli on my plate. They’re just like mini Christmas trees. They remind me of the evening that Matthies didn’t come home, the hours I spent sitting on the windowsill with Dad’s binoculars around my neck. They were actually supposed to be for the greater spotted woodpecker. I didn’t see a greater spotted woodpecker and I didn’t see my brother. The cord of the binoculars left a red stripe behind at the back of my neck. If only I could bring closer what was becoming increasingly far from us by just reversing my gaze, by looking through the big end of the binoculars. I’d searched the sky often enough with them—looking for the angels from the tree that Obbe and I had secretly got out of the box in the attic a week after our brother’s death. We’d rubbed them forcefully against each other (‘my juicy little angel,’ Obbe had groaned affectedly, to which I’d replied, ‘my sweet little piece of china’) before letting them fall out of his skylight into the gutter.

There are some books that take place in zones in which the social world—with its conventions and networks, its institutional inertia—is almost entirely absent. The people in these books careen rapidly between animal existence and metaphysical extremity. There is nothing to break them as they shoot upward or plummet downward. I think of the characters in Denis Johnson’s Jesus’s Son, for example, Fuckhead and the whole gang. The thin and stretched social world of the Mulders got punctured with the death of Matthies, just like the ice through which he plunged. The hole just keeps getting bigger, and the entire fabric unravels. The creaturely, animal world—the cows, the toads, the willies, the molehills—goads these children as fiercely as possible, but there’s no one to tell them what stands between these existential imperatives and their consequences. The social network, starting with parents, normally keeps at bay the mysteries of birth, and especially death. The Mulder kids are missing that, so they—and especially Jas—take extreme measures to investigate what they call “the other side”: rituals, sacrifices, the reading of omens. Jas takes the investigation the farthest, and we are not told what she finds in the end.